Say Goodbye: These Titles Are Leaving Netflix In August 2020

Netflix users get the privilege of having many new movies and television shows appear on the streaming platform each month. This also means that some existing ones have to be taken down.

Many Celebs Had Their First Role On Skins

All seven seasons of the landmark teenage drama show, Skins, will be leaving Netflix on August 2. The British series follows a group of rebellious high school students who must navigate their love lives with very few interactions by their parents.

Some stars that appeared in the cast include Kaya Scodelario, Nicholas Hoult, Dev Patel, and Daniel Kaluuya. There were many positive reviews of the series, which led to an American remake. Unfortunately, it didn’t last too long after being canceled after 10 episodes.

Next, you might be surprised when you see who almost got the lead in this movie…

Charlie and the Chocolate Factory Almost Had A Different Willy Wonka 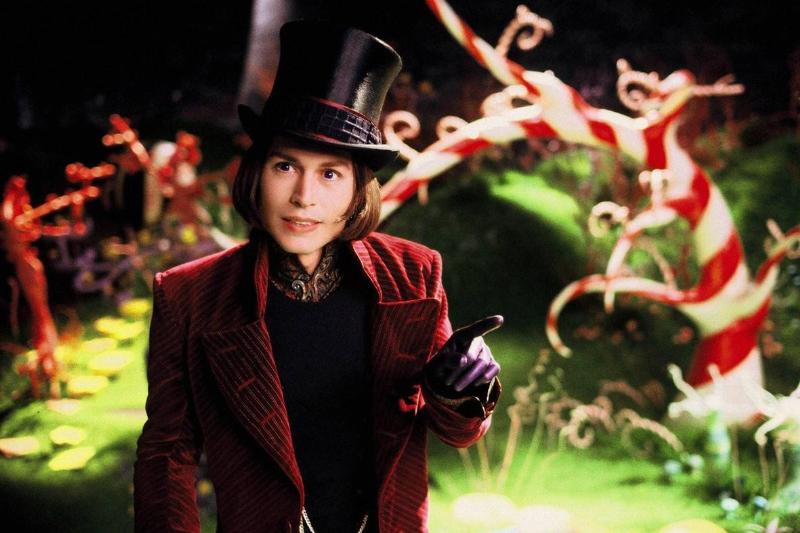 This 2005 version came with new song and dance numbers, a cast of budding young actors, and eye-popping set designs. The movie will be leaving Netflix on August 1. Recently, Dwayne “The Rock” Johnson revealed that he was considered for the role of Willy Wonka.

Casper Started Out As A Tennis Ball 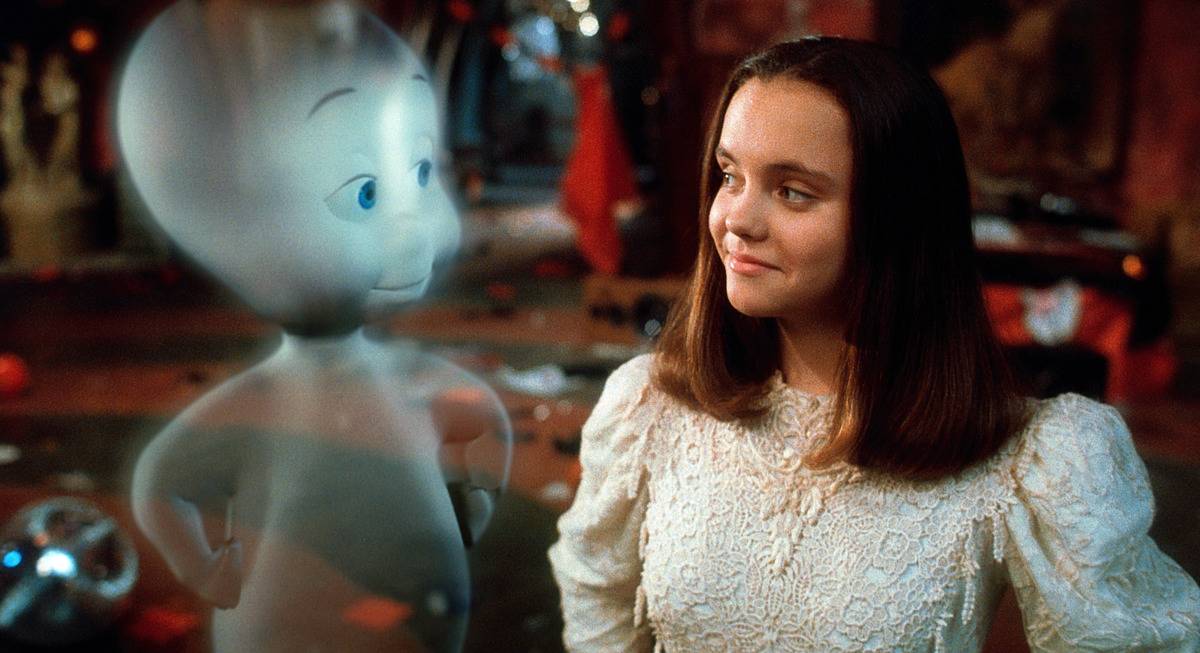 Even though Casper was made with the intent to be watched around Halloween, it remains a feel-good family movie. The 1995 version was the first live-action remake of the friendly ghost character and starred Christina Ricci, Bill Pullman, and more.

All the actors who had scenes with Casper would have to talk to tennis balls until the ghost animation was filled in during post-production. Casper is scheduled to be removed from Netflix on August 1st. Fingers crossed, it will be back in time for Halloween! 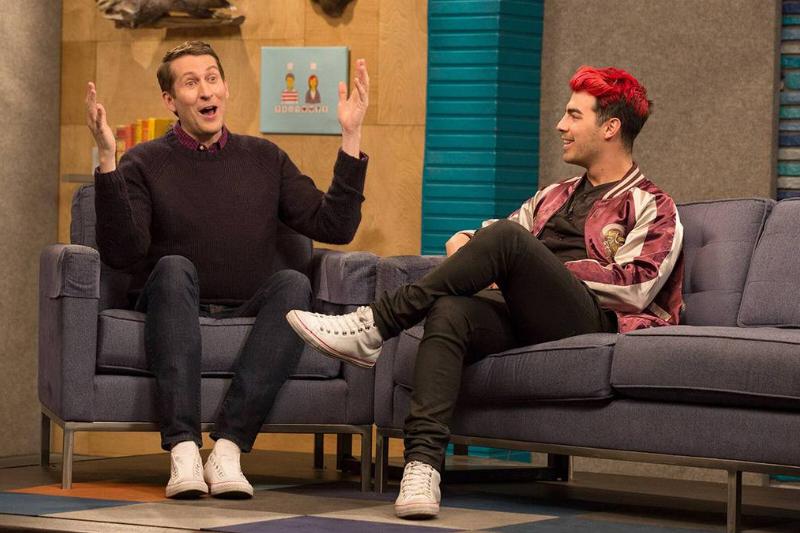 Celebrities dishing funny details about their personal lives, a wacky host, and a talented band are what make a successful talk show. Comedy Bang! Bang! aimed to do this as a parody where they would incorporate comedy sketches, animation, and a new celebrity guest in each episode.

Scott Aukerman hosted the show, welcoming guests that include Michael Cera, Joe Jonas, Jon Hamm, and Paul Rudd. The series will be removed from Netflix on August 1.

E.T. the Extra-Terrestrial Took The Box Office By Storm 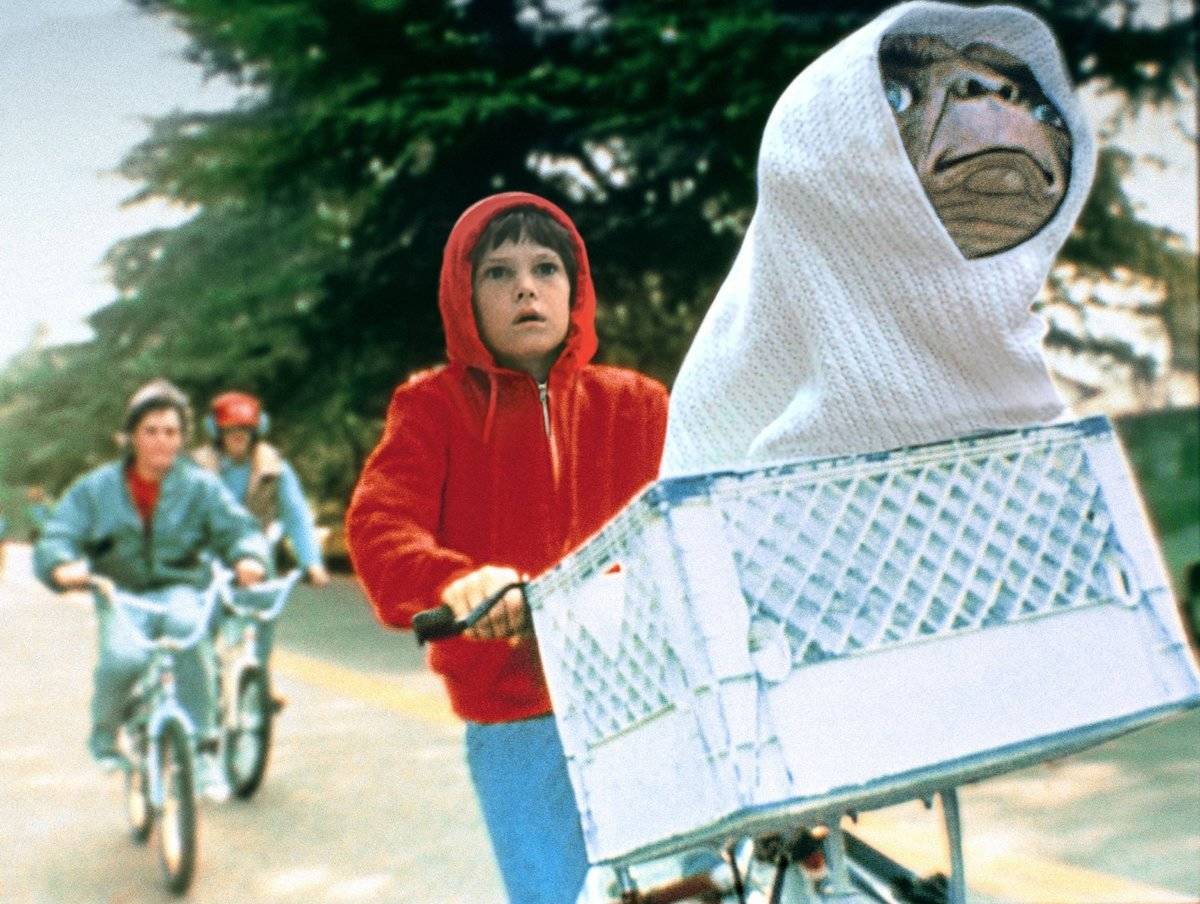 When E.T. the Extra-Terrestrial premiered in 1982 it became the most successful movie in box office history. Directed by Steven Spielberg, it centered on young kids who befriended an alien and helped him return to outer space.

This was one of Drew Barrymore’s first film roles as she was only six-years-old at the time. One of the most memorable parts of the film was the scoring at the end, which earned John Williams an Oscar. E.T. the Extra-Terrestrial will be leaving Netflix on August 1.

The Lead Actors In Open Season Never Met Each Other 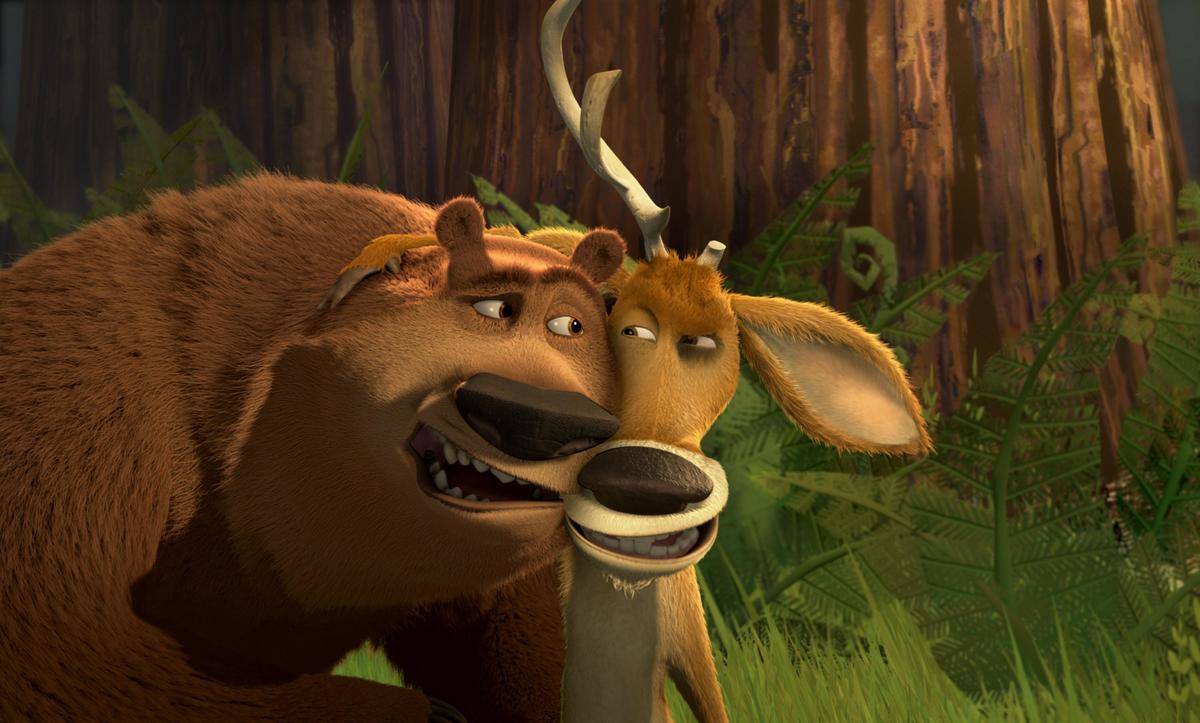 If the voices in 2006’s Open Season sound familiar, then it’s probably because you recognize stars such as Martin Lawrence, Ashton Kutcher, Debra Messing, Billy Connolly, and Jane Krakowski.

The animated movie is about a Grizzly bear (Lawrence) who must rely on a fast-talking mule deer (Kutcher) to gather other animals out of a forest to prevent them from being hunted. Even though Lawrence and Kutcher were the two leads, they never met. Open Season is set to leave Netflix on August 1. 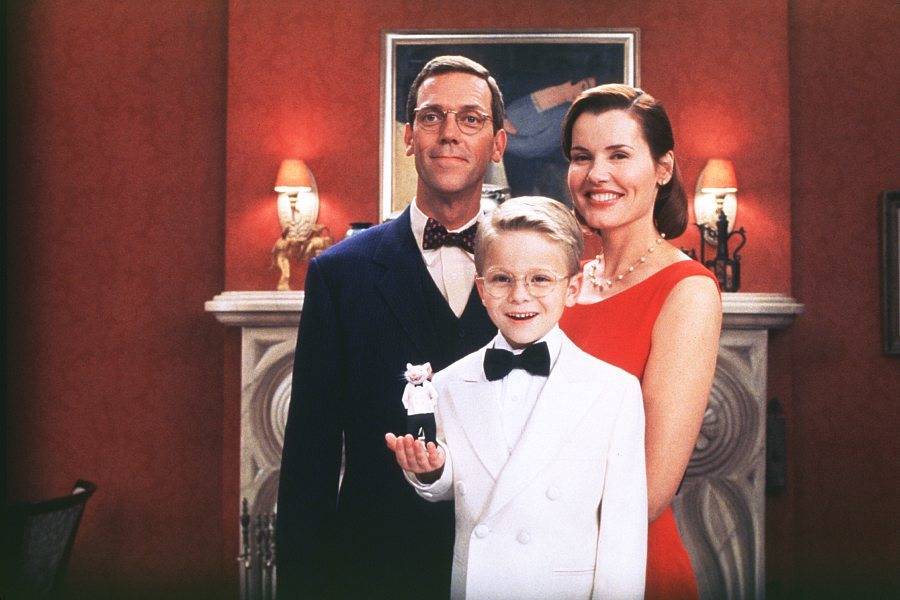 Stuart Little is based on the children’s book by E.B. White and followed a cartoon mouse after he gets adopted by a family. Stuart’s biggest problem is trying to avoid the family cat, Snowball, who wants to get rid of him.

Michael J. Fox, Geena Davis, Hugh Laurie, Nathan Lane, and Jonathan Lipnicki comprise most of the cast. Although this movie is made for a child audience, it’s something the whole family can enjoy watching together. Stuart Little will be removed from Netflix on August 1.

The Edge Of Seventeen Is A Contemporary Coming-Of-Age Story 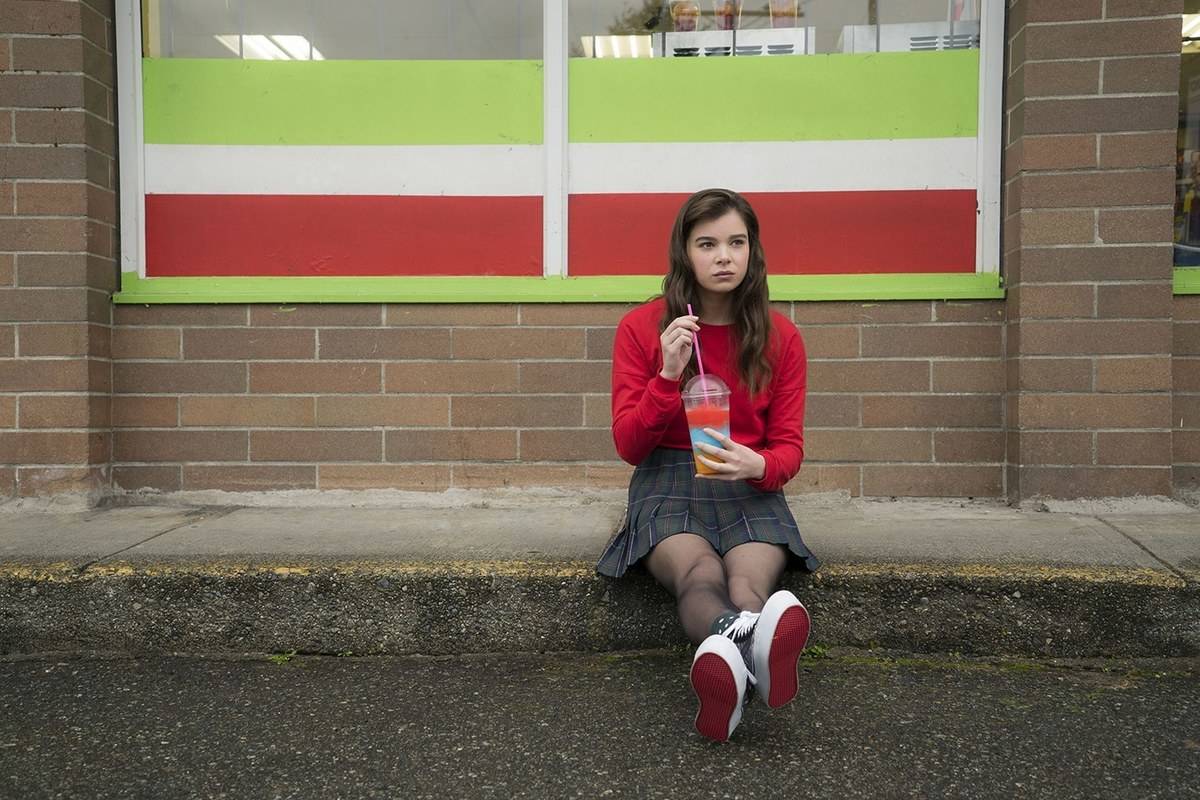 Life is unbearable for 17-year-old Nadine (Hailee Steinfeld) when she finds out her only friend is now dating her older brother in The Edge of Seventeen. Steinfeld earned a Golden Globe Award nomination for her performance as the pessimistic and socially awkward teen.

Woody Harrelson played her teacher who gave her crucial advice but never needed to sugar-coat anything. The Edge of Seventeen is going to be taken off of Netflix on August 1.

As Good As It Gets Was A Favorite At The Oscars 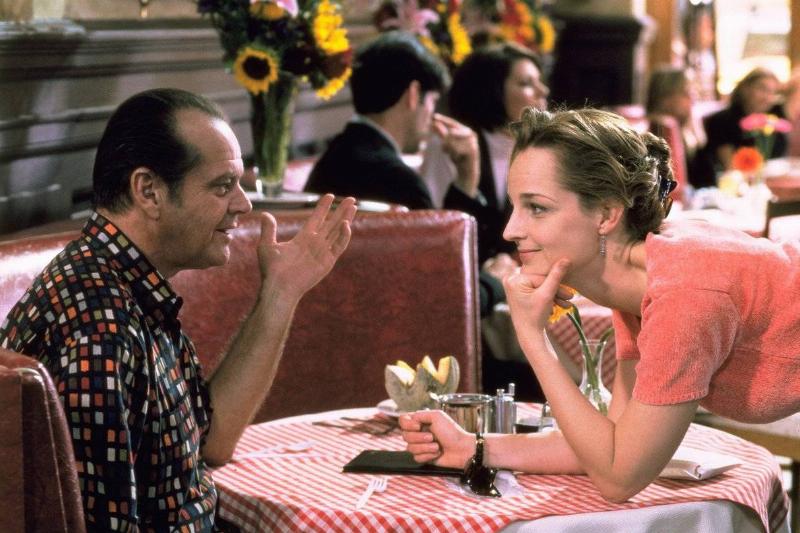 Jack Nicholson, Helen Hunt, and Greg Kinnear star as an author, waitress, and artist in As Good as It Gets. They form an unlikely bond after one of them is the victim of a brutal robbery.

Both Nicholson and Hunt won Academy Awards for their performances and the film received five other Oscar nominations. Hunt had to memorize an 18-page monologue and did it in its entirety in only one take. As Good as It Gets is going to be removed from Netflix on August 1. 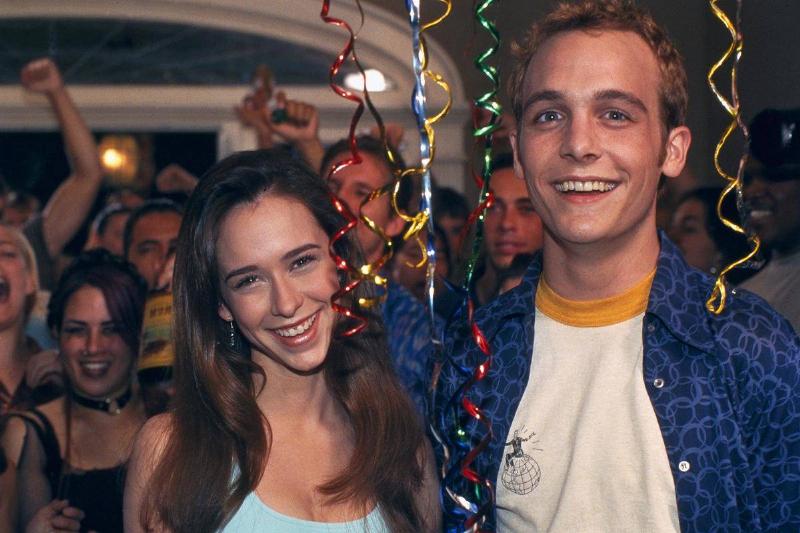 The film received pretty mixed reviews with some thinking the jokes were clever, whereas others thought it was filled with “cheap laughs, recycled plotting, and flat characters.” Can’t Hardly Wait will be removed from Netflix on August 1. 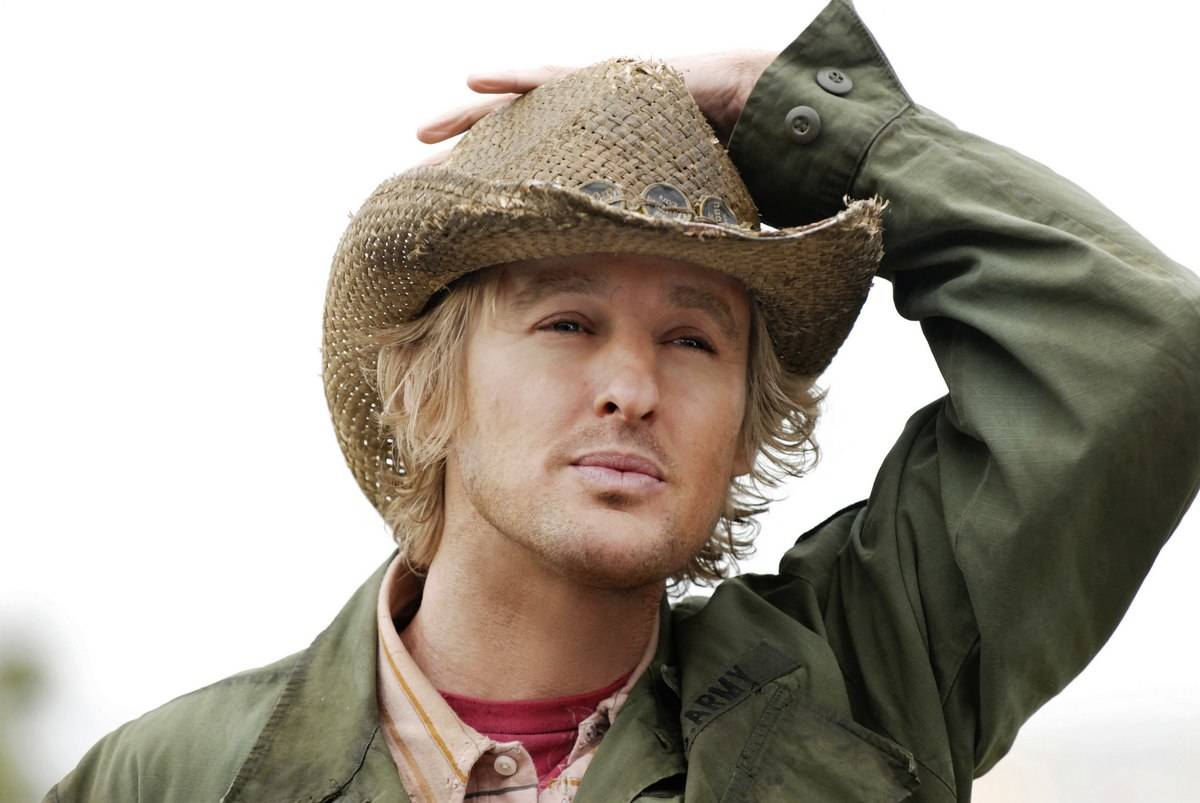 Owen Wilson played the titular role in the 2008 teen comedy, Drillbit Taylor. The premise follows a group of middle school-aged kids who hire a low-budget bodyguard (Wilson) to protect them from a bully.

Seth Rogen co-wrote the screenplay along with Kristofor Brown who based it on an original story by John Hughes. While the film received mostly negative reviews, critics thought Wilson gave an adequate comedic performance. Drillbit Taylor is set to be removed from Netflix on August 1.

Coming up, find out why so many critics loved this documentary!

Why Searching For Sugar Man Is Worth Watching 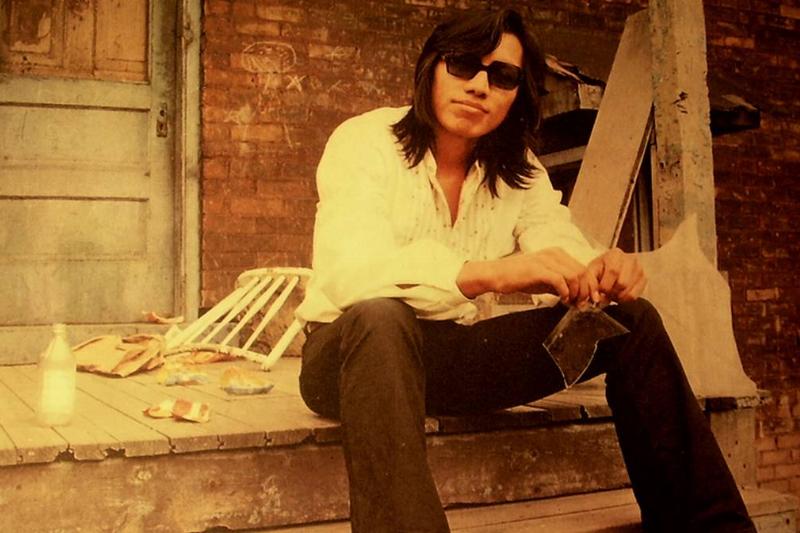 Rodriguez was a popular protest singer in the 1960s and 1970s who suddenly disappeared. In Searching for Sugar Man, two South Africans set out to track him down and find out what he’s been up to over the last 50 years.

The movie has a 95 percent Certified Fresh score on Rotten Tomatoes with almost all positive reviews saying the documentary is heartwarming, filled with great music, and has a flow that’s easy to follow. Unfortunately, Searching for Sugar Man will leave Netflix on August 1. 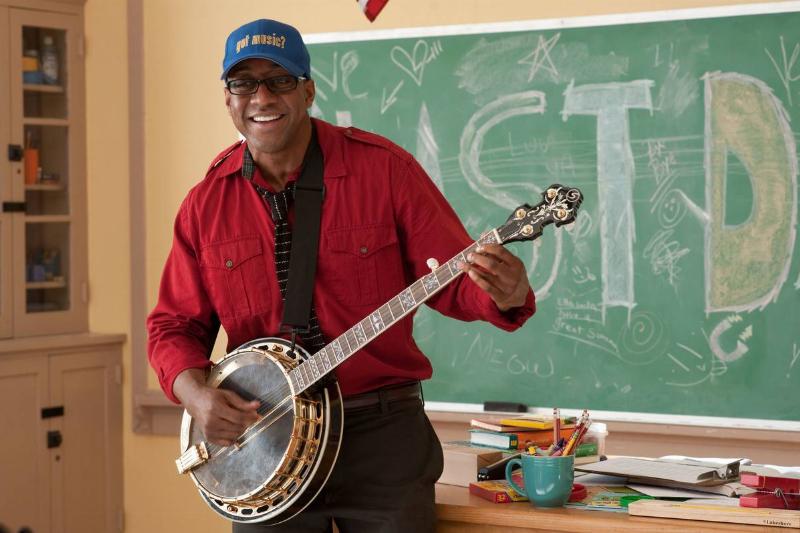 Judy Moody and the Not Bummer Summer details the life of a precocious third-grade girl who is determined to have the best summer vacation. Fans of the 1990’s sitcom, Family Matters, may recognize Jaleel White as Judy’s teacher Mr. Todd.

The film is geared towards young kids, but anyone older will not get much enjoyment out of it. Judy Moody and the Not Bummer Summer is leaving Netflix on August 8.

Fans Of Back To The Future: The Clock Is Ticking 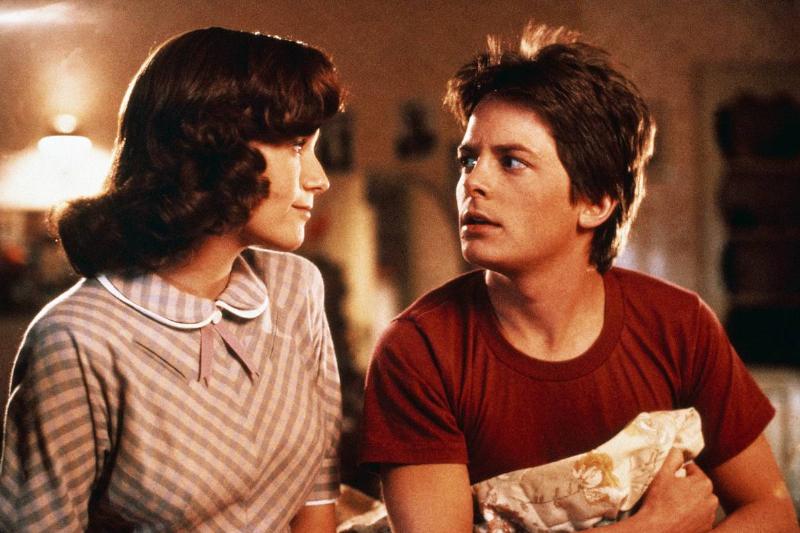 One of the most memorable franchises from the 80s was the Back to the Future trilogy. Michael J. Fox starred as an adolescent boy able to travel through time with the help of his older friend Doc Brown (Christopher Lloyd). 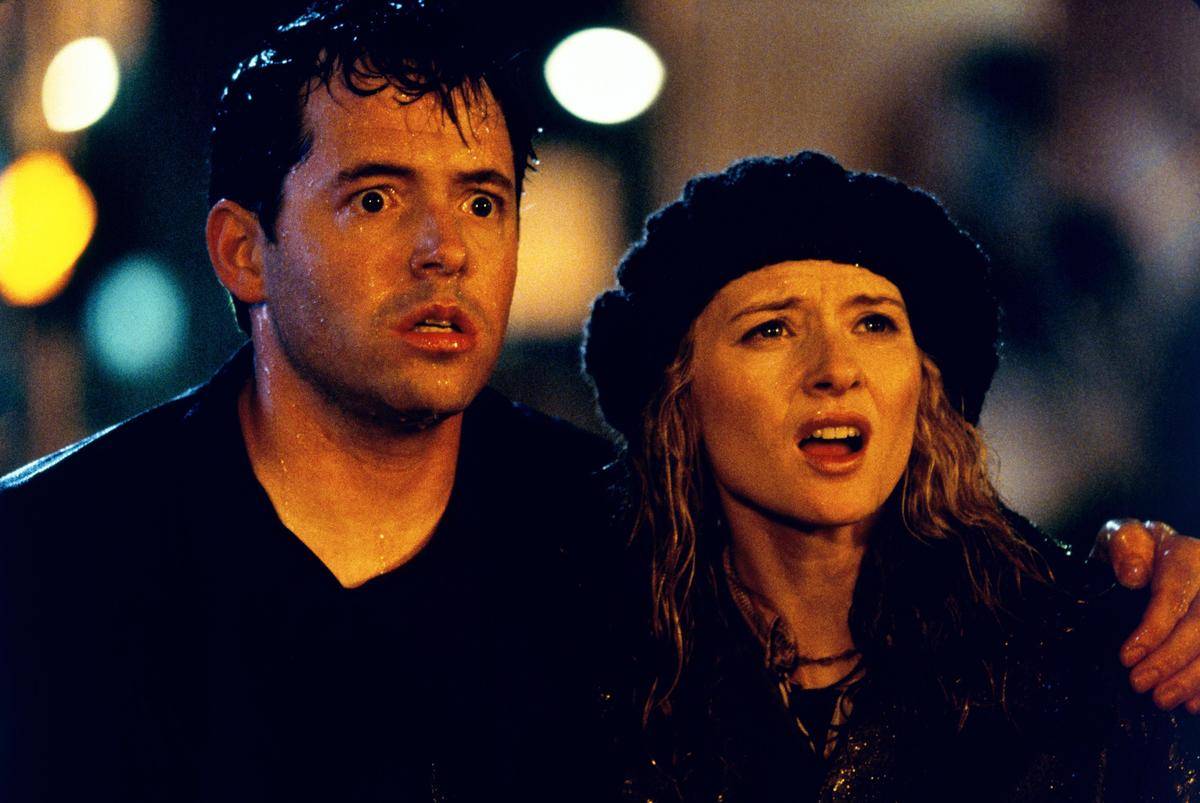 The fire-breathing monster, Godzilla, has been a part of pop culture for over six decades, and many movie and TV adaptations have been made over the course of those years. The 1998 version simply titled Godzilla starred Matthew Broderick, Jean Reno, Maria Pitillo, Hank Azaria, and more.

Instead of being set in Japan, this version is set in New York City with the cast teaming up to save the city from being destroyed. Godzilla is leaving Netflix on August 1.

Hitch Was The Feel-Good Movie Of The Mid-2000s 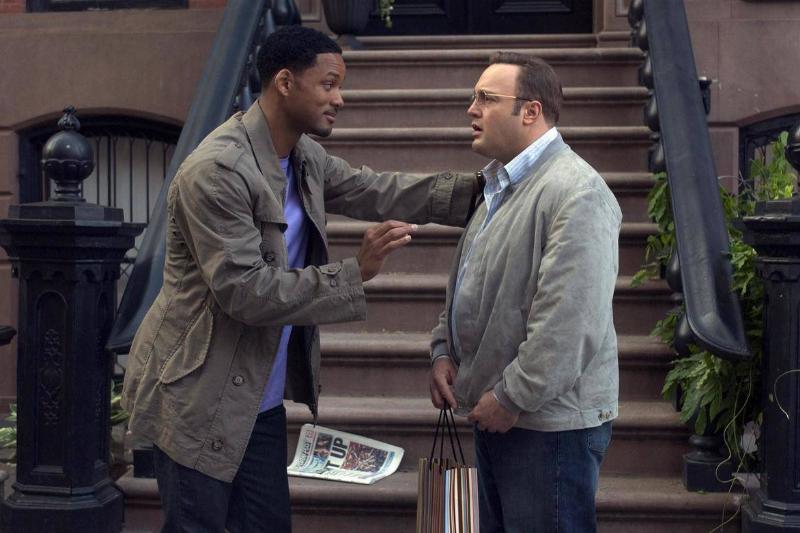 One of the top box office movies of 2005 was the romantic comedy Hitch. It starred Will Smith as a professional dating consultant who helps one of his clients (Kevin James) impress a woman.

Along the way, he falls for a gossip columnist (Eva Mendes) who doesn’t give in to his tricks and charms. The overall consensus for the movie was that even though it was predictable, everyone gave “solid, warmhearted performances.” Hitch will be leaving Netflix on August 1. 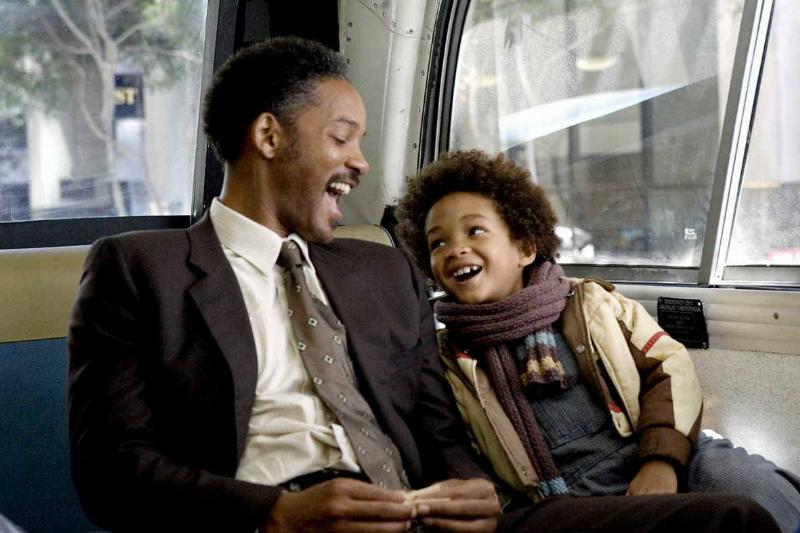 Even though Will Smith had already established himself as a top film actor, he knew he wanted to share the experience with his family. In The Pursuit of Happyness Smith starred opposite his son Jaden Smith, making it his film debut.

Will played a homeless salesman who struggled to get custody of his son. The film was based on a memoir by Chris Gardner and Quincy Troupe and caused Smith to earn Oscar and Golden Globe nominations for Best Actor. The Pursuit of Happyness is set to be removed from Netflix on August 1.

Hancock Owes Its Financial Success To Will Smith 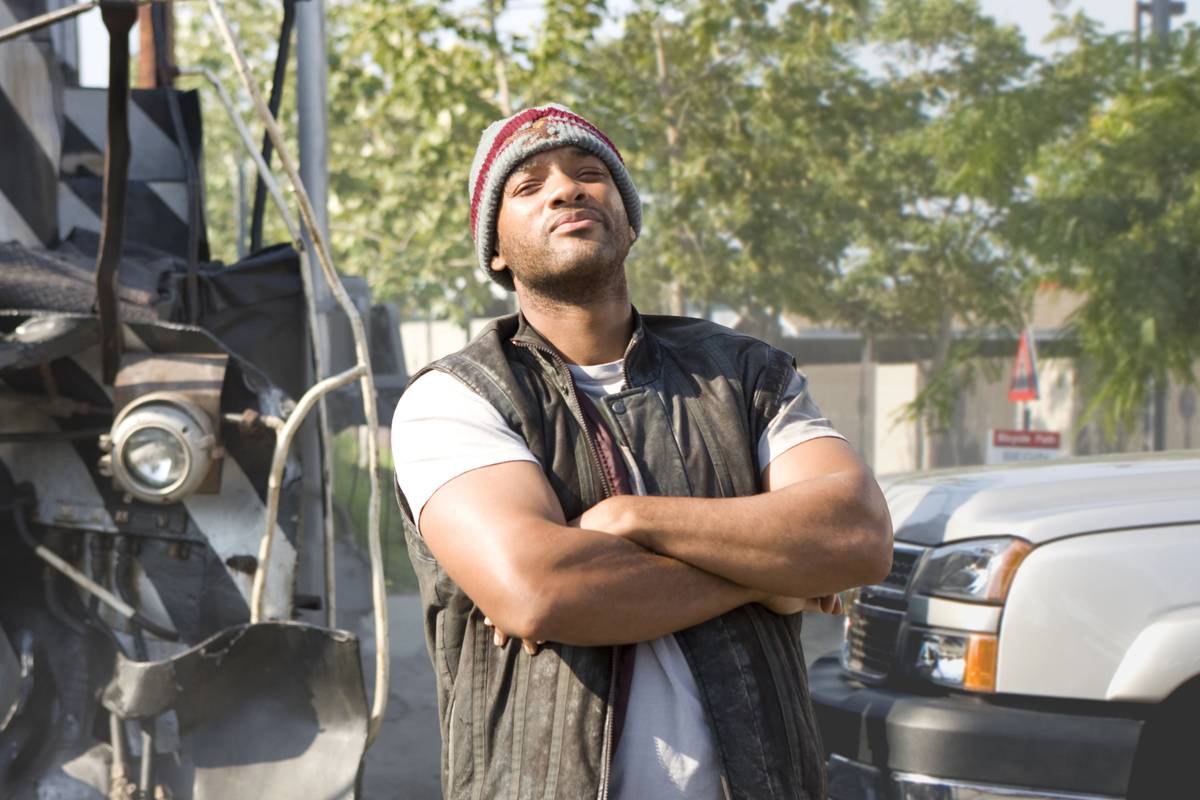 Will Smith has played a myriad of roles over the course of his acting career and one of his most popular ones was John Hancock in Hancock. Smith starred as a vigilante superhero who ends up causing a lot of destruction. Luckily, he meets a man (Jason Bateman) who is able to change his public image for the better.

If Smith is in a film it’s usually guaranteed to be a box office success. It grossed $624 million worldwide, making it the fourth highest-grossing film of 2008. Hancock will be leaving Netflix on August 1.